As announced in March 2016, a EUCLID delegation was invited to travel to Amman, Jordan, to receive the First Prize of the 2016 UN World Interfaith Harmony Week at the hand of its patron, H.M. King Abdullah II of Jordan.

EUCLID’s international faculty coordinator, Pr Laurent Cleenewerck, who had authored a landmark academic paper on interfaith theological dialogue released during the week-long events, was invited to deliver a speech to the distinguished audience. EUCLID’s Secretary General, Syed Zahid Ali, was the first to be called to receive the gold medal from the hand of the king who commended EUCLID for being so recognized.

The event, as well as EUCLID’s recognition, was largely covered in the Jordanian and international press, as well as in Orthodox Christian outlets who reported on the important participation of the Greek Orthodox Patriarch of Jerusalem, H.B. Theophilos III. 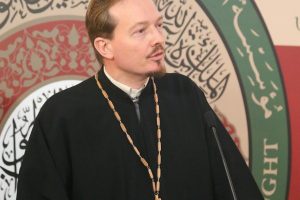 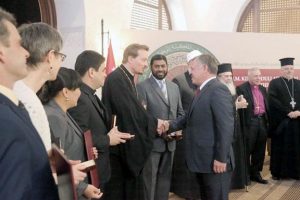 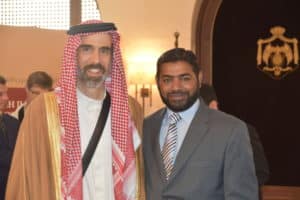 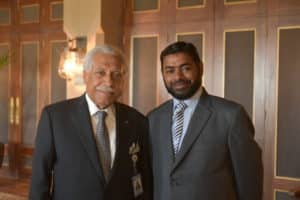