According to reliable sources such as UNESCO, they are more than 17,000 universities, colleges, and other institutions of higher learning in the world today. A more accurate number if we are to include recently established institutions as well as lesser-known private institutions is 20,000 to 25,000.

Experts, prospective students, as well as employers are well aware that it is possible to categorize and filter such a large number into smaller subgroups (private vs public, local vs national vs international, etc).

A rather small, exclusive, and remarkable group of institutions is that of public institutions established under international law by some type of multilateral agreement. Historically, there even was a category called “regional/international” in authoritative directories and databases, listing only five such institutions.

It is quite remarkable therefore that there is only one university in the world established by a United Nations registered and published treaty, having international legal personality and a global education mandate that is multi disciplinary and not restricted to a single field of expertise. This institution is known as EUCLID (Euclid University | Pôle Universitaire Euclide). The other treaty-based institution having public status and intercontinental membership is the University for Peace (headquartered in Costa Rica), but it has a single area of expertise called “irinology.”

The very well known and reputed United Nations University was established by a decision of the United Nations General assembly and as such does not have its own international legal personality (the same is true of the World Maritime University). 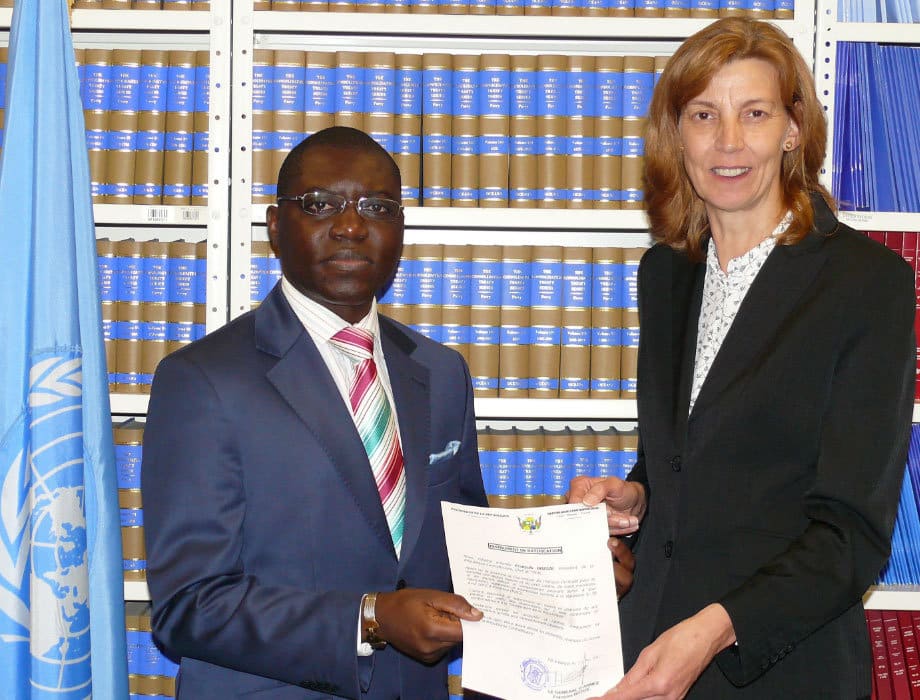 Above: H.E. Charles Armel DOUBANE (current Minister of Foreign Affairs, previously Ambassador and Permanent Representative of the Central African Republic to the United Nations), with the United Nations Treaty Section Chief. Pr DOUBANE is a graduate of the famous Ecole Nationale d’Administration of France and holds a DEA in Public Law from the University of Paris. He is the author of an authoritative report on the legal status of international universities and is on the EUCLID faculty roster.